“Take me to the vetali!” 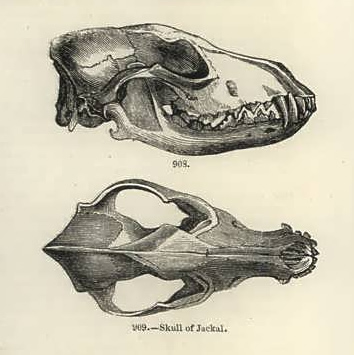 “Now! The time for stalling has passed. Take me to the vetali!”

I’d been stuck for a month in a cave with an insane ogress and a broken ankle. The ankle still ached, but at last I could walk on it.

“So you still think you want to go on this ‘quest’ of yours?” the ogress asked.

I did. Nothing could be more important than The Quest of Life and Death.

Unfortunately, my path ran straight through the ogress. Only she could take me to the mysterious vetali from my vision.

So far, I had been unable to cajole, trick, or bully her into helping. Whenever I tried, she changed the topic, going off on senseless, demented tangents.

I suspected that it was time, as a hero on a Quest, to use force against the monster. But I was afraid.

She was enormous, and enormously ugly. Her arms were bigger around than my legs, and reached to her knees. Her flabby, misshapen breasts hung down to her navel. Her face was flat and almost square, but she had teeth like a jackal’s. She was entirely naked. I’ll leave it at that.

I decided instead to adopt a commanding attitude. I remembered how villagers responded to my uncle’s natural authority, and had worked out a speech.

This was a tricky point. The ogress had said that it was “customary” to bring the vetali a gift. But I had nothing at all—much less a gift suitable for the princess I had seen in my vision.

Awkward; but I hoped I could find the gift after first meeting the vetali. I knew from the vision that I was meant to meet her, and she would be glad to see me.

What I had in mind was to find her a ring. It would need to be a magic ring, naturally. That would be a proper gift for a magical princess; and then she would marry me.

“Have you noticed,” asked the old man, “how, just when you’ve properly begun your Quest, you always are forced into some side-track errand? Usually to fetch a magical knick-knack for someone. The Khatvanga Of Doom or whatever.”

“On your Quest, for example, there was that whole business with the talking statue.”

“I think maybe that hasn’t happened yet,” said the monk.

“The gift was accepted,” she said.

Which made no sense. But I had learned to pass over her nonsense, or else any conversation would disintegrate into total incoherence.

“I will show you the vetali,” she said. She got up from her usual seat among the scattered bones on the cave floor.

At last! Filled with anticipation, I turned and started to limp out of the cave.

Now what? What new excuse for delay?

“Look,” she said, grabbing my wrist so I could not leave the cave.

She did not reply, and I tried again to go. She jerked on my wrist, and I turned back to protest.

“You—” I started to say, and stopped in sudden horror.

Something was coming out of her nose. For an instant I thought it was snot—it was yellow—but it had a face. Segment by segment, the front of a centipede, fat as a finger, emerged from her nostril. It crawled down her upper lip; then reared up. It swayed from side to side. The head looked straight at me, and wiggled its antennae.

I screamed, and tried to pull away from her. Her grip on my wrist clamped down, painfully. Her arm was immovable.

The head of the centipede dived into her open mouth, and disappeared down her throat. Like a rope pulled hand-over-hand, the length of its body flowed out of her nose, endless scuttling claws, into her slack grin, between jackal teeth, back over her tongue, into shadow.

I shrieked, dug my feet in, and pulled as hard as I could on my trapped arm.

Blotches of red and black spread across her face. Her skin swelled like a puri.

At last the tail of the centipede vanished into her mouth, wriggling. She licked her upper lip with a dry gray tongue.

I turned away to pull harder, looking out the cave mouth, desperate for escape. She pulled me closer. Her free hand grabbed my chin and forced my head around to look at her again.

The skin bubble on one side of her face burst, exposing raw flesh. The eye on that side was bloodshot and bulging. Her other eye shriveled like a white raisin.

Panicked, I tried to push her away. Her chest tore beneath the heel of my hand. The skin sloughed off as my hand slid up toward her neck, baring her ribs.

The sacks of her breasts, deprived of support, fell open from the top. A bucketful of pus slopped out, across my legs and onto my feet. It was writhing with maggots. I could feel them twitching on my skin.

As she pulled me closer, I thought of the rat. It was the same nightmare over again. But this time I had no stake to impale her on, no weapon at all. I could only push against her slippery ribs.

My foot slipped in the squirming slime, and I fell full against her putrid body, held up only by her crushing, skeletal fingers.

As I scrabbled to get my balance, she lowered her face to mine. I tried to push it away, but managed only to peel half off, leaving a bare skull on that side.

I thought for a moment that she was going to attack my mouth; but the jackal-teeth passed on, and bit into my neck.

There was a long silence.

The old man seemed lost in memory—or some dark vision.

Eventually, the young monk asked: “Then what happened?”

“Perhaps I passed out.”

My metablog post “A philosophical zombie” comments on this episode of The Vetali’s Gift.