The Quest of Life and Death 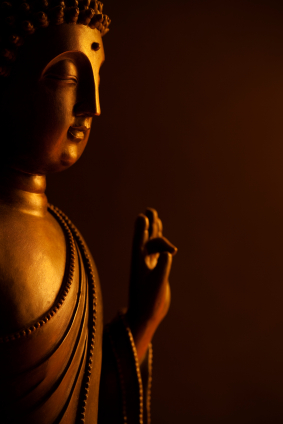 After I had seen hell, I would do anything at all to avoid it.

The first thing was to forget. It was my rage that opened the door to hell, and it was my memories that brought the rage.

I would forget Sukhi, and my mother, and my uncle. Immediately and forever.

And most of all, I would forget what I had done in the empty skeleton of my father’s house.

And so I returned to my foster-mother. I resolved to be the perfect Buddhist. If that meant doing whatever she said—so be it.

I had had no concept of how much work could be found on a farm, and in a farm house. Found or created. She had me working from the moment I woke until the moment I collapsed at night.

I was glad. The more work I had, the less time there was to remember. The less sleep I got, the less I could think.

Thinking was dangerous. When thoughts came, I pushed them away. Buddha. Instead, Buddha.

My younger foster-brother discovered he could taunt and torture me now without retaliation.

I. Would. Not. Be. Angry. Far better my foster-brother’s torture than what I had seen in hell.

I slept in the goat-shed. After I had woken up screaming too many times, my foster-mother sent there to make a loft above the pens.

When there was nothing to do but think, I thought about the Five Buddhist Precepts.

Some are easy. Not to steal, not to drink. I could simply choose not to do those things.

(Often, at night, I saw again Sukhi’s naked body. Lying in her dark room, smeared with blood, struggling against her bonds. And then I thought, urgently, about Buddha, to keep memories away.)

Avoiding “false speech” seems easy. But there is more to the Fourth Precept than just lying. There is “idle chatter” and “divisive speech” and “abusive speech,” and who knows what might count for those? Safest to say nothing to anyone, except to answer my foster mother’s questions about work.

The hard one is “to abstain from taking life.” You can’t work a farm without killing bugs and worms. I tried; desperately, because killing is the sin that sends you to the Hot Hells. But it’s impossible.

So, constantly, I was creating new bad karma, on top of all the old bad karma I had from before.

Was there any way out?

Just how good do you have to be to escape hell?

Was there any way I could do extra good to burn off some of the mountains of bad karma I had piled up?

I needed to know more. I set aside my “say nothing to anyone” precaution. When I could, I asked anyone who might know anything.

Nearly all the grown-ups drank millet-beer. I knew that. It wasn’t a huge secret who snuck into the forest with whose wife, either. And if idle chatter sends you to hell, well…

But no one seemed actually worried. I couldn’t understand it. Everyone said they believed in the Law of Karma, but no one acted like they did.

All I could figure was, they believed in hell, but I knew. Shouldn’t I tell them? Could I bring people around to the true Way of Buddha, if they knew what I knew?

But then, to explain how I knew, I would have to say what I had done… And my questions were already making people uneasy. They didn’t like being reminded about karma and the lower realms of rebirth.

“You have to get on with life,” they said. There’s no way for ordinary people to avoid bad karma, so it’s better not to think about it.

I returned to silence, and toil, and trying not to think about it.

I thought about becoming a monk. If people give you your food, then they get the bad karma of producing it, not you. That part made sense.

And to get rid of their past karma, monks do holy stuff. Could I do the holy stuff without being a monk? But no one knew what it was. Or cared.

The fact was, no monks had been seen since before Sukhi and I were engaged. Still, there must be some somewhere. I could go searching for them.

But then, my uncle had said that time of monks had passed. “You need to learn Tantra,” he said. “The new Buddhism.”

His “new Buddhism” seemed to be about demons, and I never wanted to see a demon again. I didn’t trust him. It was his sorcery that had put the black magic in my mind. The rat was his fault.

I didn’t want to admit it, but I had been waiting for him. It was a year, now, since Sukhi and I would have been married; and he said he would be there if he could. Probably he was dead. But he knew things. No one in the village could tell me why good people went to hell, or what to do before death to escape it. I might not believe my uncle’s answers, but I wanted to hear them, at least.

My grim year of trying, every way I could, to follow the Way of Lord Buddha: it was a failure. Every day I just added to my bad karma.

I let myself remember the past, just a little. Of course, I wanted Sukhi. And… I knew, for sure, that raising the dead was possible. But that was a thought I would not think.

Instead, I remembered the stories I had told her. I had wanted to be a hero, on a Quest, like in the stories my uncle told me when I was younger.

That is what I wanted. I wanted to be a Buddhist hero. Could there be such a thing?

Could I be such a thing? To be a hero, you should have a sword, and a steed. But I didn’t, and how would I get them? And what would I do with them if I did?

That stopped me; until I realized that what saves the hero in the stories is not his sword, or his magic, but his heroism. I could be heroic, I thought—if I knew where to start. There was no room for heroism in my village. But in the stories, the hero sets off, and soon comes to a Test. If he is brave and true, he passes the Test, and receives magical aid. I could be brave and true, I thought.

But then, the heroes in stories were born special. The hero is a prince, or the seventh son of a seventh son, or some such. There should be a prophesy.

I wasn’t special. Although—my father was a hero. In my opinion, anyway. And my mother wasn’t exactly special, but she was no ordinary village woman. She was a dakini. My uncle’s parting words, I remembered now, were “Do not forget what your father was, and your mother.”

Perhaps I did have a special mission—a remarkable destiny.

It would be—The Quest Of The Answer To Life And Death.

I took my mother’s kartika-charm, again, from the tree I’d kept it in. I was a little afraid of it, now. But it was also the only possession I had, aside from the clothes I wore. And I was going to find my mother’s people, the dakinis. My uncle had said they knew things; that I should go to them for my education.

I knotted the broken chain and slipped it around my neck, under my shirt. And I set off.