That was the general opinion, when news reached our village that everyone in Sukhi’s village had died in a night and a day, in explosions of blood.

My foster-mother had more to say, though.

“A just punishment. It was their karma, naturally. Engaging the daughter of a brahmin to the son of a dakini went against every point of Dharma. The brahmins’ Dharma is not the same as Lord Buddha’s, but everyone knows mixing the pure and impure is an abomination. That whole village was guilty. They all stood by and allowed it, seduced by that sorcerer uncle of yours.

“It was a judgement from Yama, Lord of Death; he sent his minions to take them to hell.”

Her life tottered on a knife edge. I am still surprised I did not murder her in that instant.

I left—for good, I thought. Going on living with her was out of the question.

I went to the ruins of the one-room house my father had built, by his field, just outside the village. It was where I was born; where my mother was killed.

My father had built it with upright posts an arm’s length apart; they held up the roof. He wove flexible branches between them as laths, and plastered the chinks with mud.

Most of the mud was gone, washed away by the rains of six monsoons since my mother died. The thatch was gone from the roof. The laths were bleached, gray and brittle, many broken off, or missing.

It was a skeleton. But most of the uprights were firm. It would be adequate shelter for the dry season, at least. Perhaps I could get it waterproof before the monsoon.

I sat on the dirt floor, my back to a wall, and stared through the holes in the roof.

The streaming rage was more than my body could contain. The heat of it forced its way out of my chest and spilled across the floor in heaving waves. It crashed against the walls and fountained up through the roof. It was choking, wrenching. My breath came in shuddering gasps or not at all.

My eyes saw the ragged walls and roof-beams; but I saw flames. A roaring conflagration exploded from my head and reduced the hut to ash. It rolled out across the village, destroying everything and roasting everyone. It expanded to cover the entire world in all-consuming, purifying fire. The universe was burned to cinders, leaving only lifeless gray heaps of slag.

In time my breathing evened out. Nothing left to destroy. The sky was still blue; the late-afternoon air was cool. The walls of the hut were intact.

In the intensity of my rage there had been no room for thought; but now my mind began to fit together the jagged shards of my life.

I hated my foster-mother; but killing her wouldn’t bring back Sukhi.

I hated the men who killed my father, and the ones who murdered my mother in this very hut; but I had no idea who they were, or where. Killing them wouldn’t bring back my parents either.

I hated myself for abandoning Sukhi as she died. But killing myself was just the fast route to the Cold Hell.

Where was Sukhi now? She said she was sure to go to hell. I hated to think that. Perhaps if I went to hell, too, I could find her there?

Everyone I had ever loved was dead. Except perhaps my uncle. I was not sure I loved my uncle; and I did not know for sure whether he was dead. Anyway, he was no help now.

Although… People say tantrikas can raise the dead. Evil sorcerers do it in stories, sometimes.

Could a sorcerer bring Sukhi back?

Could my uncle? He would know, at least.

Why did Sukhi have to die?

Karma, people say. When your good karma from previous lives is used up, you die. Then Yama judges you according to the karma of this life.

Would Yama really send Sukhi to hell for disobeying her mother? Sweet Sukhi, who loved dragonflies, who loved me, who told such clever stories, who combined everything good in the world in herself?

I began to cry.

What purpose is there in living, if we are only to lose everything to death?

“Justice,” my foster-mother said. There is no justice in hell, if Sukhi went there. If my mother was sent there.

I hated Yama most of all.

If Dharma was justice, if Dharma was virtue, I was on the other side. I would choose evil. If I was destined for hell, I might as well revel in it. 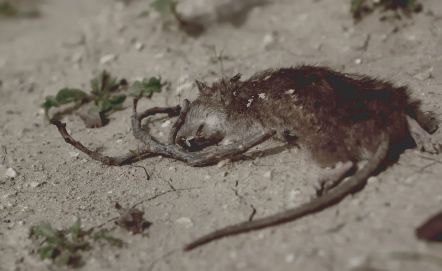 There was a sour smell in the hut. In a corner I found the corpse of a dead rat, partly mummified in the dry heat of the season, bits of skin eaten away by beetles.

Everyone knows how to do black magic. You don’t need to be taught. The principles are obvious. When you apprentice to a sorcerer, you learn to control the forces; but they are always available to all.

After my mother died, I had hidden the kartika she gave me in a tree beside the field that had been my father’s. It was all I had as a keepsake of her. When I was a child, I climbed the tree to visit it sometimes, in evening, when the light was fading, and I could slip away from my foster-mother’s house. There was strange writing cut in the blade. All letters were foreign to me then; I did not learn to read until long after the Quest. But these did not look like any I had seen.

I went again, at twilight, and retrieved it from the tree.

I put the mummified rat on the floor in the center of the hut. I smeared it with semen to make it mine.

I poured into it all my rage, the black hatred, the searing loss; self-loathing, horror, and my implacable lust for vengeance.

I cut the tip of my finger with the kartika. The twisting letters on it shimmered and shifted in the half-light.

I let a drop of blood fall into the rat’s mouth, to give it life.

I let another drop of blood fall.

The rat spasmed. Its legs kicked. It shook itself and rolled upright.

It staggered round and turned to face me. Its eyes glinted red in the deepening twilight.

The dead rat stood up on its hind legs, like a man. I had been kneeling bent over it; I straightened up, unconsciously mimicking its motion.

It shuddered, and pulled itself an inch taller. My exultation began to turn to apprehension.

It grew in spurts. With each spurt, its spine lengthened, and the rat shook, as if in pain; but its staring red eyes never left mine.

It was turning into a strange standing snake-shape, much longer and thinner than a rat, holes in its flesh here and there where the beetles had eaten at it. Its hind legs thickened, but stayed disproportionately short; stocky pillars that barely lifted its hindquarters above the ground.

Its forelegs elongated into arms, stick-thin, with muscles like whips. It grew hands in the shape of a man’s, but with terrible claws.

I leaped to standing and took a step back.

It glared at me with its glowing red eyes. The spasms came a few seconds apart, and with each one it grew taller, and its claws longer.

The door to the hut blew open and slammed against the wall. Outside, there was the orange light of a furnace. Intense heat spilled into the room.

I squinted into the glare. Two paces outside the door, a naked woman was chained to an iron post. Flames licked her legs, her buttocks, up her back. I could hear her screams over the thunder of the firestorm. Her hair caught fire, and then burned up all together at once with a “foomp” sound.

Behind her stood a demon with the head of a crocodile. He watched as her skin cracked and blackened. He stepped forward. With a curved knife as long as his forearm, he sliced a long strip of flesh off one side of her back, and then the other. The woman flailed in agony, pulling at the chains, trying to twist away from the demon. Her thrashing brought her into contact with the post, which was beginning to glow red; she pulled away from it with a jerk and a shriek louder than ever.

Without thinking, I cried out with her.

The crocodile demon looked up in surprise and gazed directly at me. “Surya!” he bellowed, and beckoned to me.

The woman slumped against the red-hot iron pole. I could hear the sizzle of fat. She stopped moving.

“Surya!” called the demon again, and began to stride toward me.

The rat bared its fangs and snarled like a hyaena. It was taller than a man now, impossibly thin, with arms that dangled almost to the floor.

I stepped back as it advanced. I had created it, raised it from the dead; I must be able to control it.

“Go back!” I yelled. I put everything I had into willing it dead, into undoing what I had done.

Still it came, waddling on its too-short legs. It reached for me with spider-like arms.

I backed hard into the wall. The sharp end of a broken upright, leaning crazily, gouged my back.

I reached behind and wrenched it out of the wall. I took it with both hands, as a spear, and thrust the sharp end into the center of the rat-thing.

The monster howled. It grabbed my head with both clawed hands and pulled itself forward, working my makeshift weapon through its body, trying to reach my face with its fangs. Claws raked the back of my neck.

I could not break its grip; I needed both hands to hold the stake. They were slick with sweat from the burning heat in the room.

Behind, the crocodile demon was at the door.

I twisted the stake up and down, side to side, trying to shake off the rat. Black blood poured from the widening hole in its chest. It lunged and snapped at my face.

That was my creation’s final effort. I dodged the fangs, and it collapsed, falling twitching to the floor.

It was totally dark. The crocodile demon was gone.

I have translated chuchundra as “rat,” for the sake of Western readers; but this rather charming animal is properly called a “musk-shrew” or “Asian house shrew.” They are commonly found in and around Indian houses.