I go to the dakinis 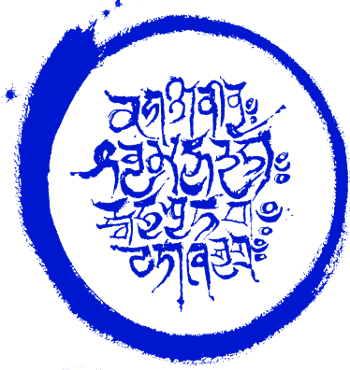 I left on the afternoon before the night of the empty moon. In the stories, dakinis met then, to perform their dark magic.

It was the same path I had taken many times to visit Sukhi, except for the last mile or two. A left turn at a forest junction rather than the right.

I could smell the charnel ground well before I reached it. The mixed stench of the slaughter-pit, the latrine, and the reek of decay.

I approached carefully. There were worse things than dakinis, perhaps, that lived in charnel grounds—ghosts, demons, wild animals, desperate outlaws—all preying on the dead, but ready to attack the living as well.

Besides, it had gotten completely dark.

The narrow forest path opened into a clearing. I stopped at the edge, keeping to the shadow. By starlight, I could pick out blacker shapes scattered on the dark ground, and pale ones. Human bodies; parts of bodies; bones.

A pelvis, with most of the meat still on it, lay three steps ahead of me. The leg bones, gnawed clean, were attached, but splayed at impossible angles. A mound that must have been half a dozen bodies piled together lay beyond. To the right, mainly skeletons. To the left, dark chunks—parts of newer bodies. I could not see clearly across the open space.

I listened. There was thudding in my ears—my heart—and I was breathing too fast. I could hear nothing else, apart from wind in the trees.

Then the call of an owl, close by; and another. I froze, waiting. There was a strange growl, directly behind me. I whirled to face the danger—and could see nothing in blackness.

The point of a knife bit my neck. I had heard nothing—but a strong arm twisted my right arm behind me painfully.

I nodded, trying to hold my neck away from the blade.

There was a girlish giggle, also from behind me. Someone—the girl?—held my other wrist. The knife stayed poised at my throat as she tied my hands. The first woman’s breasts brushed my back and arms as she moved to let the other one finish the work. Then she pulled my arms back hard, to test the knot.

While I was off-balance, mewling in fear and pain, she kicked my feet together. The girl tied my ankles.

“Kneel,” said the first woman, and I did. I had still seen nothing—my face was to the sky as I tried to avoid impaling myself on the knife-point. Someone tied my wrists to my ankles.

Apparently satisfied that I was helpless, the women came from behind to face me.

There were three. All were as black as my mother, but their naked bodies were smeared with ash. There was dark liquid around their mouths and spattered on their chests. Blood.

One was the age my mother would have been, if she had lived, but taller than me; and her shoulders and arms were bigger than many grown men’s. She had held the knife to my neck and caught my arm. It was a kartika, a butcher’s knife; like my mother’s charm, but full-sized.

Another was my age, and seemed to be enjoying herself immensely. The last was old and thin and bent—but still tall. She stood a pace or two back, in shadow.

“Who are you?” asked the strong one.

“My name is Suryapavan. Surya.” The young one snickered.

“Why have you come here?”

“He said I needed an education.” The young one laughed full-out.

“You have come here for karma mudra.” The strong woman was scowling.

“No, he said when I was a man I should go to the dakinis.” I had no idea what “karmamudra” was supposed to be. “You are supposed to teach me something. He said it is better than being a monk. Also, I am on a Quest—”

“You have come for karma mudra. Do you know the signs?”

“—for the benefit of all sentient beings. What signs?”

The girl dropped to her knees just beside me. She grinned and drew her middle finger slowly along one eyebrow. I looked blank. She pulled the opposite earlobe and waited. Apparently this meant something, and she expected a response.

“What, am I supposed to pull my earlobe too? You have to untie me for that!” Crafty, I thought.

She pouted and stood.

“He does not know the recognition-mudras,” said the old one, from the shadow. “He is not a member of the Clan. He has interrupted the rites of the Sky-Goers, following his lust. The penalty is death.”

“Death!?” I said. This was moving too quickly.

The strong woman looked unhappy. “That is how the chant goes,” she said. “He seems to just be an idiot, though. And who may know that he has come to us? Killing idiots will lead to trouble.”

“Death is our ancient law,” said the ancient one. Her voice seemed to come from far away. “We are the Empty Ones. We are the Night-Eagles. The Executioners. He must die.”

“He dies now, little one. You may have his head. It will be your first Great Liberation. Take the kartika.”

The other two looked at each other, and back to the old one. The strong woman shook her head slowly, and held out the kartika to the young one. The girl looked over at me, and then took the kartika, moving like someone in a dream.

She knelt beside me again. I tried to think of what I should say—whether to beg, or reason with them, or threaten them somehow. It seemed unreal. Time was going too fast and too slowly at once. I was shaking but I could not find words.

She bit her lip. I could see tears.

She pulled my shirt open to bare my whole neck.

I looked down as my mother’s charm was exposed. The strange letters on it shone and writhed in the starlight.

“Ooooh!” the girl said, and jumped to her feet.

“I meant to ask you before,” said the young monk. “What script was it?”

“They teach many scripts, at Nalanda University?” said the old man.

“Oh yes! I know the common Gupta script, and modern Nagari of course, and ancient Brahmi, elegant Siddham, and Avestan, from the Western barbarians—it is quite different, with six different versions of the letter A alone. Of course our library has texts in all the barbarian languages—Greek and Hebrew and Sogdian, Arabic and Turkish and Tocharian. I don’t know all those. I am now studying Chinese, which is—”

“The writing on the kartika-charm was thus,” said the old man.

He drew in the air, and his finger trailed blue flame. When he dropped his hand, the letters hung in empty space, sizzling.

The cave smelled of thunderstorm.

The young monk’s mouth hung open. He realized that, up to this moment, he had not really believed anything the old man had told him. (Especially not the bit about the rat.)

At Nalanda, some said he was a great Tantrika. Others said that he was a foolish and confused old man.

“I—I could not read those letters,” answered the young monk.

“Not many can,” said the old man. “It is dakini cipher, and only those the dakinis favor can read that script.”

My page about dakinis will help make sense of this episode of the novel.