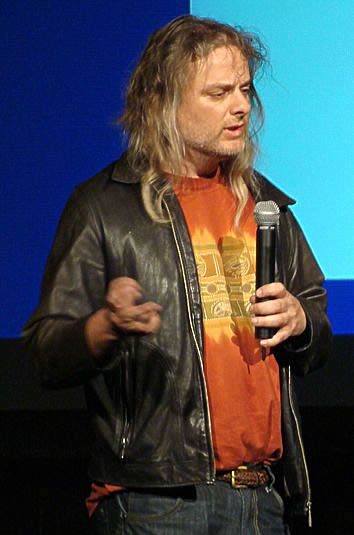 The title character in The Vetali’s Gift is a philosophical zombie. She gives philosophy lectures at times you wish she wouldn’t, and sometimes rots all over you, which you’d probably prefer to avoid altogether.

This is a ghastly pun. “Philosophical zombies” are a major topic in current academic philosophy. They are a “thought experiment” that tries to clarify the mind-body problem. In this sense, they are not zombies who spout philosophy, but a particular kind of zombie that philosophers talk about.

In this metablog post, I’ll explain first how Western philosophers use zombies as a way to think about experience. Then I’ll discuss zombies and the mind-body problem in Indian philosophy, including Buddhism.

Philosophical zombies in the West

You could discuss this question with one. They would insist that they are perfectly normal human beings who (of course!) experience redness. But they would be wrong. Perhaps if you asked tricky enough questions, you could catch them out—like the replicants in Blade Runner. Or perhaps not. Their brain might be wired up skillfully enough that they could answer all questions about what experiences are like, mechanically, without actually having any.

So, perhaps even the people closest to you are zombies? You couldn’t tell.

Maybe you are a zombie. How can you be sure you aren’t? You honestly believe that you have experiences; but could you be wrong? Are you sure? How can you know that you are not mistaken about this?

There doesn’t seem to be any possible answer to that—beyond a stubborn “I just know! I couldn’t be wrong!” We’re all wrong about lots of things; why not this? What makes it so special?

The “mind-body problem” is: what is the relationship between mental things and physical things? There are three common answers (plus some uncommon ones). Simplifying somewhat:

Each of these possibilities runs into serious problems. (The uncommon answers do too.) Philosophers have been arguing about the mind-body problem since, like, forever, and haven’t made any obvious progress.

It’s extraordinarily difficult to think clearly about this. I, for one, find that I can’t do so.

I would really like to be a physicalist, because it’s tidy, and seems like the least silly option overall. However, it seems to be a category error. It’s like saying “Centipedes are really numbers. That one is the number 9, for example.” The problem isn’t that this is false—it just doesn’t make any sense. Centipedes and numbers are utterly different sorts of things. Possibly particular centipedes are related to particular numbers in some way, but centipedes are not numbers.

Physicalists have answers to this objection, of course. And anti-physicalists have arguments against those answers, and it all gets very confusing very quickly. (The Stanford Encyclopedia of Philosophy has a good overview.)

What are zombies for?

Philosophical zombies were invented in an attempt to clarify this matter. David Chalmers argued that if zombies are even conceivable, then physicalism must be wrong. Unfortunately, his clever argument only spawned more confusion. (The Wikipedia article is quite good. Eliezer Yudkowsky wrote a zombie movie script that tries to explain the issues. It’s very funny, but not actually illuminating. The Stanford Encyclopedia of Philosophy goes into more detail.)

Some physicalists (most famously, Daniel Dennett) argue that we are all zombies. There is no what-it-is-like to see a glowing red LED. Your brain registers the fact that it is red, but there’s no “subjective experience” apart from that brain event. And, it couldn’t be any other way; so zombies are, in fact, inconceivable. The implications of his claim are, like everything else in this tangle, unclear.

I’ve wrestled with these problems for decades, and I can’t make any sense of them. All the possible solutions to the mind-body problem seem wrong.

Generally, I think pretty clearly, and am pretty smart. So I figure anyone who thinks they aren’t confused about this, is probably so confused they don’t realize they are confused.

My guess is that the problem is wrong. It asks a question that inherently makes no sense. Many smart people work on it full time and can’t find any agreement; that seems like support for this view. As Chalmers wrote, “if the mind-body problem has taught us anything, it is that nothing about consciousness is obvious, and that one person’s obvious truth is another person’s absurdity.”

Zombies and the mind-body problem in India

The mind-body problem is central to Indian religions and philosophies, including Buddhism. And, zombies play a role there too.

Reincarnation seems to require dualism. At death, a non-physical mental thing separates from the physical body. In Hinduism it’s called an atman, which means “soul,” more-or-less. Later, it goes into a different physical body—perhaps having had adventures in other realms in the mean time. This is the view of most Hindus and Buddhists.

However, Advaita (“non-dual”) Hinduism is Idealist. Advaita says that there is no physical world, and no body; those are illusions. There is only atman, which in truth is God and also the entire universe. Death is therefore also an illusion; there is nothing for atman to separate itself from. A comforting idea, but idiotic.

India had physicalists, too: the Carvaka philosophers. They said that there is no atman, and nothing survives death. Carvaka was considered the most sophisticated of Indian philosophies; but wicked. Wicked, because physicalism was supposedly incompatible with any ethics. (The same objection to physicalism is common in the West.) Carvaka heavily influenced Buddhist philosophers, however; particularly Dharmakirti. (The philosophical zombie in my novel forces the hero to eat Dharmakirti’s corpse.)

In Buddhism, rebirth and the mind-body problem are complicated by the doctrine of anatman, which says there is no atman. Most Buddhist scholars accept this claim.

If there is rebirth, but no atman, then what is reborn? Presumably some other mental thing, but what? Various Buddhist philosophies give various answers to this. I can’t make sense of any of them.

Whether rebirth occurs is a major controversy in modern Buddhism. For me, the question is not whether it exists, but what (if anything) it might mean.

What a quagmire! Unfortunately, Buddhists can’t ignore this headache, because anatman is supposed to be the key to Buddhist theory and practice.

Meditation and the mind-body problem

It is conceivable that anatman points toward a way out of the mind-body problem. Some discussions of anatman seem to grope toward an approach that is not dualist, physicalist, or Idealist.

Buddhist meditation can produce an experience of non-self. There is awareness, but no one who is being aware. There are thoughts, but no thinker. There is experience without an experiencer. All mental events appear to be impersonal. They may seem delocalized—not attached to a body.

This might all be illusory, of course. But Buddhists generally consider that non-self experiences illuminate the mind-body problem.

In Buddhist texts, zombies often symbolize anatman. Just as with Western philosophical zombies, the undead stand for a state in which something mental is missing.

Most people find Western philosophical zombies repugnant. It would be awful not to have experiences. However, some wish that they were philosophical zombies. Zombies, presumably, cannot suffer, because suffering is a subjective experience. If it were merely an electro-chemical reaction (nerves firing) in a blob of gray goop (a brain), no one would care.

Buddhist philosophical zombies also do not suffer! That is the whole point of anatman. Non-self also seems a kind of anti-zombie state: more alive, more awake than ordinary consciousness.

What’s up with that?

Hell if I know.

I’m awfully pleased with my horrifying pun, though.

In a follow-up essay, I suggest a way that Buddhist meditation and neuroscience could combine to help understand philosophical zombies and the mind-body problem.