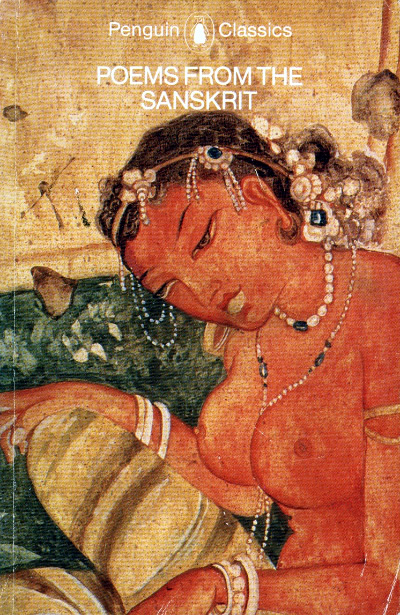 Dharmakirti is considered the definitive Buddhist epistemologist and logician. He was eaten by the cannibal hero of The Vetali’s Gift in “Eating an entire epistemologist.”

Almost nothing is known for certain about his life (or death). According to tradition, he was Chancellor of Nalanda University, and died around 700. The novel is set around 700, and Nalanda plays a major role—although as of the cannibalism incident, it has been mentioned only in passing.

The views I attributed to Dharmakirti in that episode are oversimplified. What the ogress says roughly reflects mainstream Buddhist philosophy, but does not reflect his distinctive ideas, which are complex and subtle. Interestingly, he was heavily influenced by Cārvāka. That is an Indian philosophy that was materialist, atheist, skeptical, and anti-ascetic. Fascinating—if it had not been suppressed by Church and State, perhaps the Enlightenment and Scientific Revolution would have occurred in India, rather than Europe, and a thousand years earlier.

The poems I quoted in “Eating an entire epistemologist” were, in fact, supposed to have been written by Dharmakirti. Whether that is true is anyone’s guess. In Buddhist history, questions of who wrote what are highly political, and often deliberately obfuscated. I would like to think he was the poet, because it makes him seem like a flesh-and-blood person, rather than a logical abstraction, as he is treated by Buddhist scholars.

Dharmakirti made one of the earliest known Buddhist references to dakinis. The following is from David B. Grey’s “Eating the Heart of the Brahmin” (itself about Buddhist cannibalism):

[Dharmakirti] mentions a class of texts called dakini tantras, in the context of a passage addressing the issue of whether or not “success” (siddhi) in magical procedures involving mantras is dependent upon adherence to ethical norms (dharma) or not. His answer was “No, for it is evident that there are observances in the dakini and bhagini tantras, etc., which are incompatible with ethical norms and are replete with violence, theft, sexual intercourse, perverse actions, and so forth, and through which there is distinctive success.”

I think he may have been speaking from personal experience.

Pāṇini—an Indian philosopher, not an Italian sandwich—wrote the standard Sanskrit grammar, centuries before the time of The Vetali’s Gift. Every educated person studied Panini then. The sophistication of his work is astonishing, and unmatched by anything the West produced until the 20th century.

In fact, modern Western linguistics began when Panini’s grammar was translated into German, and his principles were applied to Western languages.

Panini’s work was the first “formal system.” It was not until the 20th century that people understood that this type of grammar is a branch of mathematics. It turns out that there are deep connections between grammar, mathematics, logic (Dharmakirti’s subject), and computation. This understanding is now woven through everything you do with a computer.

Some of the key connections were discovered by Noam Chomsky, whose intellectual heritage can easily be traced back to Panini. He showed that “formal languages” come in a hierarchy of four types, which correspond to four kinds of computation required to “parse” them. For example, type 3 languages, the simplest, can be parsed with “regular expressions” (regexes), one of the most common tools for modern programmers.

HTML, the language of the web, is an example of a formal language. Unfortunately, it is not a type 3 language. (Officially, it is type 2, but in practice it’s worse even than that.)

Intellectual history and cultural diffusion are strange and wonderful; two of my favorite subjects of study.

Hat tips to muflax and Naljorma Rin’dzin Pamo, who both pointed me at the Emo Song, and to Tom Buckley-Houston for publicizing that explanation of the inadvisability of parsing HTML with regexes.