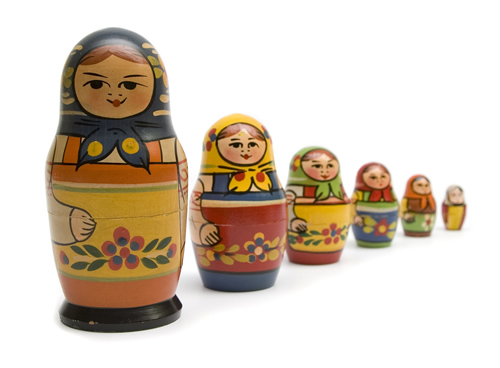 The trick of nesting stories within stories is often used as a gimmick, for its own sake, in post-modern experimental fiction. Some readers hate that sort of thing, because it can get in the way of the story. If you are one, be reassured that my interest is in the story, not clever literary techniques, and I won’t inflict many more on you. I am writing trashy genre fiction, not highfalutin’ intellectual literature.1

Actually, one reason for my nesting stories is exactly the opposite: I want to tell a straightforward tale in linear order. (“I must begin at the beginning, and continue until I reach the end. Then I will stop.”) But Surya’s story is slow to start. His family and childhood are important to understanding the main plot, but this “backstory” does not seem immediately relevant. (And it has no vampires—apart from the scarcely-mentioned narrator of “The tale the vampire told.”)

Commercial fiction has to begin with an exciting action scene, in the middle of the plot, to hook the reader immediately. The opening of a contemporary vampire romance goes something like this:

“You don’t scare me,” I said—though I could feel my heart pounding so hard that the vein in my neck was pulsing like a dragonfly caught under the pale, almost translucent skin—and I turned my head seductively to expose more vulnerable flesh.

“Ma cherie,” murmured the vampire, “you know that humans cannot lie to us.”

I could feel his overwhelming need and realized I had only a moment before I slipped under his spell and gave myself willingly.

In one smooth movement I caressed his magnificent chest with my right hand and drew my Smith & Wesson snubnose Airweight with the left. The Silver Special Hornady Critical Defense round took him in the groin, shattering his pelvis into a million jagged pieces and spattering shredded meat onto the wall behind, ruining its elegantly painted gold fleur-de-lys adornment.

In commercial paperback fiction, you minimize backstory (who is this vampire? why are you necking with him? why shoot him, if he’s that hot? and why are you geeking out over handgun ammunition?), and you tell it through flashbacks, after the reader is already hooked.

But I am not a paperback writer—and I do not expect new readers to start at the beginning. The Vetali’s Gift is a web publication, and readers are likely to start with random episodes found via web searches. If they like what they read, they’ll already be hooked when they come back to the beginning of the novel.

Still, “The telling of the tale” allowed the narrator to issue an advertisement for the overall plot. He explains, in “25 vampire stories,” that this opportunity for a preview is one reason for such a “frame story.”

Another reason he gives is that the main story is grim in the beginning. “My mother dies” is sad, and there is worse coming. (Keep your seatbelt fastened.) The reader needs to know that the novel is a romantic comedy, of sorts, though.

Surya gives three more reasons tellers nest stories: to make the inner one more plausible, to confuse the listener, and to work a transformation at the level of the heart. I’ll say more about these in my next metablog post.