This is part five of my series on the emotional dynamics of dark culture.

When the black magic’s psychological transformation approaches completion, you must stop taking it seriously. It becomes ridiculous: invoking demons? Seriously?? 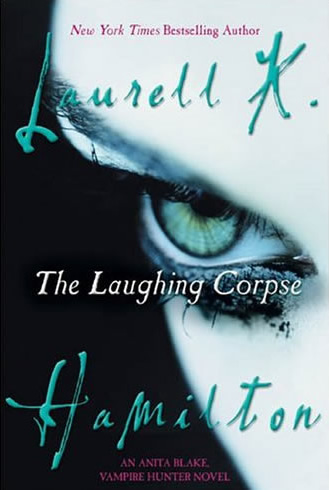 So you move on, from the strategy of inversion (“black magic”) to incorporation (“eating the shadow”). Otherwise, the left-hand path leads to nastiness, weakness, and misery. Still, it may remain fascinating and attractive, in a different way, even after you realize it’s absurd.

The alchemical reaction between grisly horror and good humor produces art. This is the appropriation of the dark way for a new purpose: not personal transformation, but compassionate communication. 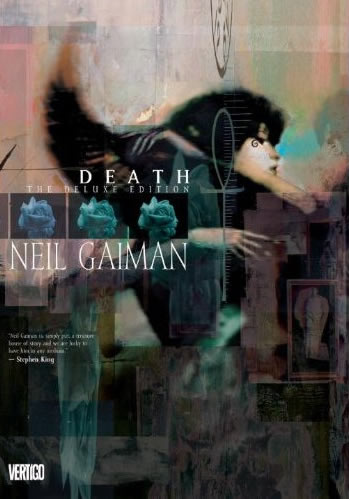 Gothic is sophisticated barbarism. It is a passion for life draped in the symbolism of death. It is a cynical love of sentiment. It is a marriage of extremes such as sex and death. It uses darkness to illuminate. It believes duty is vain, and vanity to be a duty. It is the compulsion to do the wrong thing for all the right reasons. It is a yearning nostalgia for the black days of a past that never was. It denies orthodox reality and puts its faith in the imaginary. It is the unholy, the uncanny, the unnatural.
—Gavin Baddeley, Goth Chic: A Connoisseur’s Guide to Dark Culture

This is ludicrous—but it can also be deadly serious. When dark culture becomes aware of its own preposterousness, it can descend into cheap humor; but it can also become great art. Gothic art retains and intensifies the tensions Baddeley sketches above. Stretching those paradoxes produces the peculiar tone of horror and humor mixed in The Vetali’s Gift.

In aesthetic theory, the Sublime is the experience of the mind failing to encompass sensory input. Joseph Addison defined it as “agreeable horror” in the early 1700s. The Sublime is the feeling of vertigo in the face of vastness, of formlessness; and yet we seek it as an opening into the greatness of reality. The Sublime overwhelms the sense of self; it manifests your personal insignificance.

The Sublime has been the principle of most art movements, the main engine of artistic innovation, for the last 250 years, from the beginning of the Romantic era.

Agreeable horror is not for everyone. It is an acquired taste, perhaps, like Islay Scotch; too intense for most. Aesthetic theory contrasts the Sublime with “the Beautiful”: the soothingly pretty. 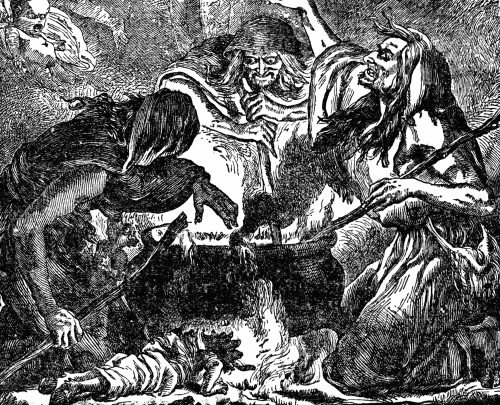 The witches from Shakespeare’s Macbeth, by Arthur Rackham, 1899

The Sublime is inseparable from the Gothic. As aesthetic movements, they were Siamese twins from birth. The Gothic is the evil twin, perhaps, whom the cautious might prefer not to know; but there it is, leering at you, whenever you try to make polite conversation with the Sublime. 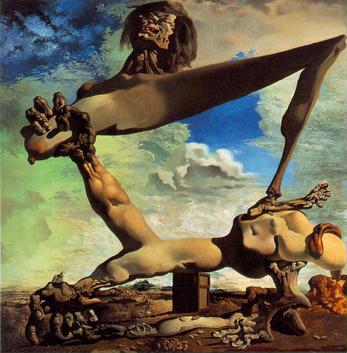 The Gothic may be ugly, but it’s sexy. It’s dangerously alluring. It’s too raw, too fleshy, too wet and bulging and sticky; and so it is taboo. 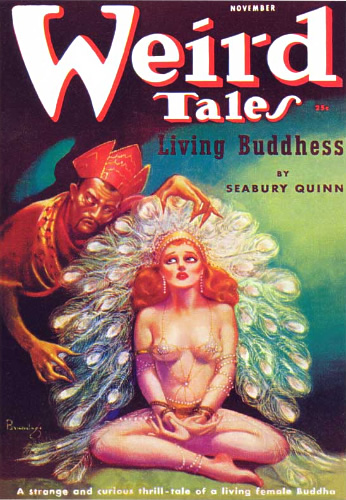 The Gothic is never respectable—though it is always popular. “Good taste” tries to domesticate the Sublime, but it can only marginalize the Gothic. It insists the Gothic lives only in B movies, rubbishy paperbacks, pornographic comic books, and garbage noise “music” like heavy metal. Gothic is just sick and stupid entertainment for mentally disturbed teenagers.

I’ve illustrated these pages with some horror movies, genre novels, adult comic books, and noise music. I’ve also illustrated them with clearly Gothic works by some of the most revered authors and artists of the Western Canon.

I could go on about that endlessly. As a random example: did you know that Samuel Taylor Coleridge, one of the greatest English poets, wrote a lesbian vampire romance, Christabel? 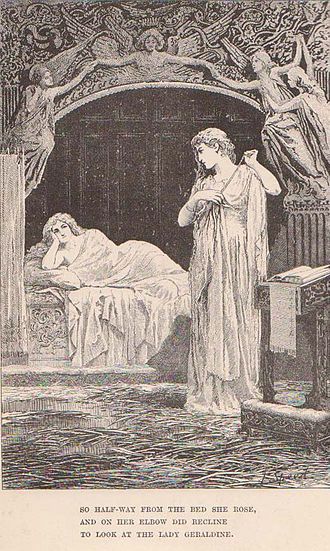 Hakim Bey’s prose-poem Chaos is an extraordinary exploration of nebulosity. In the “Sorcery” section, he writes:

The universe wants to play…

The incremental openings of perception gradually banish the false selves, our cacophonous ghosts—the “black magic” of envy & vendetta backfires because Desire cannot be forced. Where our knowledge of beauty harmonizes with the ludus naturae [play of nature], sorcery begins.

No, not spoon-bending or horoscopy, not the Golden Dawn or make-believe shamanism, astral projection or the Satanic Mass—if it’s mumbo jumbo you want go for the real stuff, banking, politics, social science—not that weak blavatskian crap.

Sorcery works at creating around itself a psychic/physical space or openings into a space of untrammeled expression—the metamorphosis of quotidian place into angelic sphere. This involves the manipulation of symbols (which are also things) & of people (who are also symbolic)—the archetypes supply a vocabulary for this process & therefore are treated as if they were both real & unreal, like words. Imaginal Yoga.

Sorcery is symbolic communication. Dark culture communicates powerfully with those in pain, rage, terror, or chaotic confusion. Nice Buddhism usually fails them; it does not communicate.

Dark culture demonstrates that beauty, love, and freedom can be found in the midst of the nightmare.

Ideally, dark culture leads those it touches to a stance that is tough and realistic, but positive: confident, generous, and open-minded.

That is black magic at its best.