This is part four of my series on the emotional dynamics of dark culture.

Dark culture, and “black magic,” are ways of working through the emotional implications of nihilism.

Nihilism starts with your discovery, usually in your teens, that the universe is monstrous. There is no God, no Cosmic Plan, no inherent moral order, no guarantee that everything will come out OK in the end. There is no wellspring for ethics, no iron-clad rules to live by, no absolute right or wrong. Mostly the universe is random and meaningless. This realization can be horrifying.

These are just facts—the facts of “nebulosity.” Nihilism goes beyond these facts into a kind of negative theology. Nihilism insists that life is entirely meaningless, that everything ends badly, that ethics are altogether false, that there is no order in the universe at all. These are not facts. In fact, just like absolute morality and cosmic justice, they are wrong metaphysical beliefs, and they are just as much contradicted by everyday experience.

It is possible to abandon both positive and negative metaphysical fantasies; but it is not easy. Nihilism is attractive when it seems to be the only alternative to eternalism—kitschy, self-righteous belief in the niceness of reality, and your justified position in God’s scheme.

There are three common, counter-productive ways of responding to nihilism’s combination of unworkability and seeming necessity:

(I discuss the psychology of nihilismin more detail, with a better alternative, on my Meaningness site.)

Rage and hatred are almost always part of the motivation of black magicians in fiction. Often this is explained as a reaction to some loss that destroyed their faith in goodness. The real-life black magic practitioners I’ve known have mostly had “anger issues.” Menace and hostility are the aesthetic essence of other dark subcultures. In The Vetali’s Gift, Surya, the hero, turns to the Dark Side in rage at the horrifying death of his fiancée, compounded by the cruelty of his foster-mother. 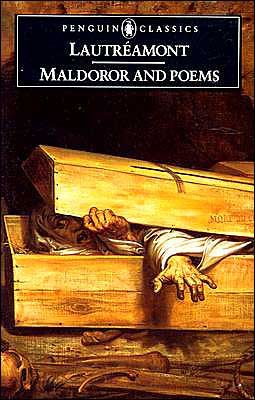 You can’t have black magic without gothic gloom. In a recent study,1 nine out of ten Dark Lords surveyed “strongly disagreed” that they “enjoy wearing bright colors.” Your average Thelemite is not the life of the party. Bouncy, upbeat death metal songs are uncommon. In “The Quest of Life and Death,” Surya lapses into depression after rage has failed him.

It takes uncommon smarts to see through eternalism’s metaphysical lies and vicious ethics. Like other nihilists, black magicians are typically highly intelligent.

Mastery of arcane knowledge, eldritch Books of Shadows, and esoteric secrets are the hallmark of sorcerers—in reality as well as in fiction. Most inhabitants of the dark subcultures are geeks, fanatically devoted to trivia about 1960s horror movies, Norwegian black metal bands no one has heard of, or complex sexual techniques. (Surya seems mainly immune to this nihilistic mode.)2

The psychology of nihilism and eternalism is the main subject of my book Meaningness (which I’m writing gradually as a web site). That’s also a main subject of this site. I see the two as different presentations of the same material. That might not be obvious, since Meaningness reads a bit like philosophy, and this one is mostly a vampire romance novel. Connections will emerge gradually as I write more of both.

Here’s a taste of it, though. Nihilism—and black magic—typically go along with a collection of related attitudes: materialism, romantic rebellion, responsibility for creating reality, anti-religiousness, and specialness.

Romantic rebellion: Defying social convention can be heroic. And, as we have seen, dark culture can be valuable as a means of liberation from unnecessary social conventions. It can also be just posturing, though. Membership in a dark subculture may just be a different form of conformity—when you have to dress just like other goths or anarchists, or they won’t accept you. Unless rebellion realistically threatens to change the status quo, it is just a romantic fantasy.

Creating your own reality: this attitude can be a useful antidote to victim-think. Black magic is a way to seize the power to end your victimization by an oppressive ethical culture, internalized as a tyrannical morality. All power is finite, however, and you can alter reality only to a limited extent. Eventually you need to develop a realistic understanding of what you can and cannot do; in what ways you are, and are not, limited by circumstances.

Secularism: Dark culture opposes the sacred values accepted by sheep. It cuts through idiotic taboos and the sanctimonious pieties used to justify self-righteous cruelty. (This includes both explicitly religious values and the quasi-sacred values of ideologies such as “political correctness.”) However, it risks rejecting naturally uplifting feelings of awe at the vastness of existence.

Specialness: Practicing black magic sets you apart from society, and—in your own mind—above it. You have seen through its illusions and mastered realities to which the masses are oblivious. This arrogance can bring contempt, loss of empathy, and emotional isolation.

C. S. Lewis captures this nicely in The Magician’s Nephew, in his portrait of the black magician Uncle Andrew:

“Well, then, it was jolly rotten of you,” said Digory.

“Rotten?“ said Uncle Andrew with a puzzled look. ”Oh, I see. You mean that little boys ought to keep their promises. Very true: most right and proper, I’m sure, and I’m very glad you have been taught to do it. But of course you must understand that rules of that sort, however excellent they may be for little boys—and servants—and women—and even people in general can’t possibly be expected to apply to profound students and great thinkers and sages.

“No, Digory. Men like me, who possess hidden wisdom, are freed from common rules just as we are cut off from common pleasures. Ours, my boy, is a high and lonely destiny.”

As he said this he sighed and looked so grave and noble and mysterious that for a second Digory really thought he was saying something rather fine. But then he remembered the ugly look he had seen on his Uncle’s face the moment before Polly had vanished: and all at once he saw through Uncle Andrew’s grand words. “All it means,” he said to himself, “is that he thinks he can do anything he likes to get anything he wants.”