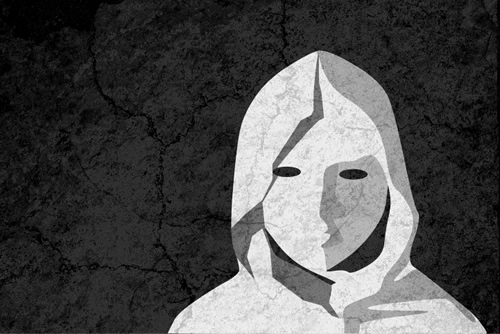 So—we are all monsters. Then what?

There are Buddhist methods for incorporating monstrosity. Most explicitly, in wrathful yidam practice you leap directly into being an enlightened monster. This is sudden, violent, dangerous, and practical for almost no one. Dzogchen trek-chöd separates monstrous emotional experiences from polarized concepts of humanity and monstrosity. Experiencing monstrosity without judgment is a necessary part of incorporating it. Trek-chöd may be gentler than wrathful practice, but is still arduous, and impractical for many people.

I will describe other methods that can be used by anyone. They are not easy or entirely safe, but they require no esoteric practices. These are not specifically Buddhist, but they seem compatible with the Dzogchen Buddhist view. They may seem quite contrary to “mainstream” (Sutric) Buddhism—but that should not be a problem.

Rejection is the simplest strategy for dealing with monstrous personal qualities; probably it’s the only possible strategy during childhood. What gets rejected varies, but typically includes anger, sexuality, wildness, impulsiveness, freedom, creativity, fear of death, ecstasy, and ravening destructive craving. Each of these may be allowed within tight socially-approved constraints, but seem too dangerous to allow to be as they are. So, growing up, one walls them off and refuses even to see their existence. Then one loses the positive aspects of rejected qualities, as well as the unacceptable ones.

But this willful self-mutilation and self-blinding cannot entirely work. Jungians speak of “the shadow.” Anger, lust, and creativity, when exiled, fester and mutate in the dark. They grow hideous, resentful, and plot revenge. When emotional stress weakens the wall between “self” and “shadow,” they erupt and wreak havoc. Because the visible or “light” self chose not to see them, it gets no warning and has no knowledge of how to cope. Rejection may seem like the least dangerous strategy for coping with monstrosity, but when it fails, it does so catastrophically. And even when it succeeds, it has a high price in wasted energy and lost power.

Some Jungians describe incorporation as eating the shadow. I love the gruesomeness of that phrase, so I’m adopting it, even though I am not generally enthusiastic about Jungian theory. (Jungians talk about the shadow as a metaphor for “rejected parts of the self.” In a Buddhist framework, I would rather talk about “rejected aspects of experience.”)

Eating the shadow is slow, repetitive, and often unpleasant. You can’t go to a weekend workshop and get it. It’s like a restaurant in hell. You have to keep chewing, even though the pile the demons shovel in front of you is so vast you cannot see its edges in the gloom. It takes years. And it is disgusting. The shadow includes everything you have rejected because it is slimy and dark, embarrassing and terrifying. Eating it can be exhilarating too, though, once you get your face into it.

Eating the shadow is not mainly a job for the mind. Much less for the “spirit.” “Spirit” talk is usually some concept of how beautifully ethereal humans should ideally be. Put a stake through that, if you want to get anywhere with the shadow.

Eating the shadow is more about the body, including the messy, wet, digestive, metabolic parts. It is about feelings in your stomach—sinking, cramping, nauseous, or empty—not attractive metaphysical ideas.

There are five phases to eating the shadow: hunting, chewing, swallowing, digesting, and burning.

The next page in the shadow series is “Romancing the shadow.”