The Buddha and the necrophiliac witch 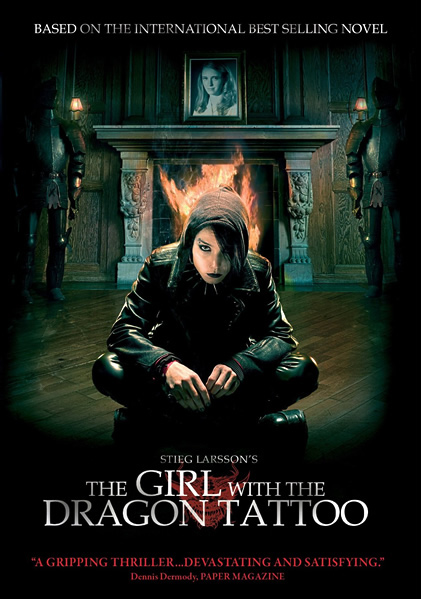 Thus have I heard. Once upon a time, the Buddha—Siddhartha Gautama—was droning on, in his customary way, about virtue, blah blah, holiness, blah blah, while having sex with some random goddess.

They were doing it sitting up, because Buddhas have a fetish for that.

Partway through his sermon, the Buddha ejaculated and died.

This is the opening of the Buddhakapala, a Tantric Buddhist scripture, whose title means “The Drinking-cup Made From The Buddha’s Skull.”

The bodhisattva Vajrapani, who had been trying to look interested during the lecture, was sitting next to a witch named Citrasena, who was smoking hot.

Smoking hot if you’re into scary goth chicks, anyway. Vajrapani wasn’t sure, but figured this was his chance to try some moves on her.

“So, hey, babe, what did you think of today’s dharma talk? Pretty awesome, huh?”

Not waiting for her to answer, he went on:

“The only thing is, all that fancy stuff is probably good for somebody, like maybe if you are extremely nice. But seriously, who’s got time for it? Real people, like you and me—we’re into sex and violence, not a bunch of pious blather. This Buddhism junk isn’t going to do us any good. You know, what I want to hear is methods for people like us to gain power.”

Citrasena ignored him, because (1) she thought he was a retarded troglodyte, and (2) she was a necrophiliac.

That was an extremely good thing. If she hadn’t been a necrophiliac, there might never have been any tantra, and we’d still be stuck listening to virtue, blah blah, holiness, blah blah.

The Buddha was rotting, and that was getting her hot and wet. She was staring at him and breathing hard.

Did you know, by the way, that Gautama had a special retractible penis that he could slide back into his pelvis? And a tongue so long he could lick his ears? Several Theravada scriptures say so.

Gautama Buddha was hardly immune to a sexy witch ogling him. By now, his neck tendons had rotted away, and his skull fell off and landed on the ground, thud.

What with having just died, and being seriously hot for her, he wasn’t feeling completely coherent, but his skull managed to spit out a mantra:

Naturally, considering the circumstances, this was a damn potent mantra. So the first thing it did was zoom down to hell, where it clobbered a bunch of gigantic snake demons who were Up To No Good.

Then it zoomed back up and into Citrasena’s vagina. It slid up through her central channel (now well-lubricated) and into her brain.

The snake demons were intimidated and impressed by this display of power. They weren’t used to being clobbered by anything, let alone unpronounceable words (even if they were all in Small Caps). So they bopped up to heaven, where their supernormal perception located the awesome weapon.

Surprised, they prostrated to Citrasena, and begged her for teaching.

Fixing them with a ferocious stare, she began to speak. And what she said was—

—was the rest of the Buddhakapala Tantra, which is about sex, power, and violence.

And how does that make you feel?

You might find this story slightly odd. You may have some feelings about it.

I got it from Ronald Davidson’s Indian Esoteric Buddhism: A social history of the tantric movement (pp. 248–250). I have retold it in contemporary language, and invented some details, because Davidson gives only a summary, not a translation. I’ve made only slight changes to the plot, to put more focus on Citrasena, and less on Gautama and Vajrapani.

If you are outraged, you can imagine I made it all up. However, as Davidson says (p. 277), it’s impossible to parody the tantric scriptures, because they are as over-the-top, as blasphemous, and as absurd as it is possible to be.

Someone made the story up. It doesn’t matter who; what matters is how it makes you feel.

So how does it make you feel? Maybe you can pause and check, before reading on.

A choice of heroes

As literature, Buddhist scripture is a sub-genre of heroic fantasy fiction. The author of each scripture invented a hero to embody a vision of what an ideal Buddhist should be.

The earliest scriptures, I suspect, were the Jatakas, whose heroes included a judge, a tree spirit, a parrot, a merchant, and so on.

Then someone invented Gautama, who was such an appealing character that all the Jataka heroes were retconned as his previous incarnations. Gautama’s tale was retold and embroidered and expanded for centuries. It has enduring appeal; Stephen Batchelor and Richard Gombrich invented new versions just a couple years ago.

The author of the

Buddhist tantra reintroduced an exuberant diversity of heroes: prostitutes, arms merchants, demons, and thieves. But whereas the Jatakas are childish fables teaching simplistic morals, the Tantras—and their heroes—are philosophically sophisticated and ethically challenging.

Why does this work?

Never mind religion—the tale of Gautama and Citrasena is a great story. It’s funny and shocking and inspiring at the same time.

Citrasena is a fascinating character. Reading every sentence, I think: Wow—I wonder what happens next?

I think: Holy cow! You can explain Buddhism like this? I want to do that! (So I am.)

This is not my usual reaction to scripture, most of which is excruciatingly boring.

Maybe you hate my Buddhakapala; and that is fine. There are many Buddhisms, each defined by its hero—or heroine. You can take your pick; or you can tell your own tale.

The boring decent guy, or the scary goth chick?

Stephen Batchelor’s modern Gautama is a decent, sensible, hard-working guy, doing his best in difficult circumstances. I found his tale surprisingly moving. I like this Gautama a lot. He reminds me of myself, frankly.

He’s dull, though: noble, perhaps, but not inspiring. The story is too realistic for my taste. Realism is good for journalism, reporting facts; but scripture is fiction, envisioning possibilities. Realistic fiction is tiresome: never as surprising as real life, and usually more depressing.

Most tantras ignore Gautama; he’s irrelevant. The Buddhakapala shows why: he dies, but passes the torch.

The story gently satirizes Gautama, but honors his legacy. Gautama provides the mantra. For tantra, the mantra is the vital spark, the key that unlocks the whole system. Gautama may never have existed, but we respect his legend anyway.

Still: he is, at best, undead.

Citrasena was invented around 700 A.D., a time when Buddhist institutions had completely collapsed. The founder-hero had failed. If Buddhism was going to survive, it would have to be totally reinvented. As I wrote:

Buddhism had to become a religion that embraced chaos, and provided tools for making creative use of it. It could no longer be a religion for those with the leisure to engage in full-time practice. Instead, the everyday life of busy people had to become religious practice in itself. Buddhism had to provide immediate practical benefits. Tantra was the Buddhism that met those needs.

I have retold Citrasena as a Buddhist heroine for the present: another age when Buddhist institutions are collapsing, a time of chaos and rapid social change, when Buddhism’s survival depends on demonstrating practical value to busy lay people. Buddhism has to offer more than pious blather and a dubious promise of abstract salvation in an impossibly distant future. It must, and can, say something useful about difficult topics like sex, power, and violence.

Gautama was an insider, one of the 1%. Kings listened respectfully to his courtly discourses. It was not difficult for British Buddhists of the late 1800s to reinvent him as a Victorian gentleman. (As David McMahan recounts.)

Citrasena is an outsider: a black woman, an anarchist, a pervert. Her power comes from her otherness; from her willingness to go where no respectable person would dare.

I imagine her rather like Lisbeth Salander, the heroine of The Girl with the Dragon Tattoo. She wears spiked black leather and has a tongue piercing. She reads vile adult comic books. Sex with her is memorable, but not many people would want to repeat it.

She spends most of her time exploring the darkest recesses of the internet, in pursuit of eldrich powers. Sometimes she works out a mantra like:

And then gigantic snake demons—the Bank of America, Altria, the government of Syria—wake up to find that certain confidential emails have been posted on 108 anonymous web sites. Clobbered by a line of incomprehensible gibberish.

There’s a bit of Citrasena in me—and in everyone.

But can a necrophiliac witch be as noble as Gautama? Or do transgressive outsiders just cause trouble?

My Buddhist vampire romance novel tries to answer that question.