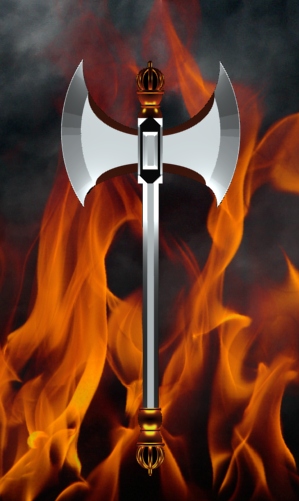 “Refraining from killing” is one of the five Buddhist Precepts—the foundation of Buddhist ethics. There seem to be no exceptions allowed in early Buddhist texts.1 But why should we not kill? And what about in self-defense? What about in defense of others? What if there is no alternative?

In fact, there is no alternative, since the Precept applies to killing animals. All Buddhists kill. You cannot walk around without unintentionally squashing tiny bugs. Even if you are vegetarian, you eat microscopic creatures that live on plants. If you committed suicide to prevent this harm, you would kill the many intriguing, unnoticed creatures that inhabit your body.

Let’s up the ante. Why is murder wrong? Many Buddhists will tell you that it is bad karma. Murderers go to one of the nastier Buddhist hells. From an ethical point of view, this answer is nonsense. Ethics is about doing the right thing when it is costly to you. If murder were right, we should do it even if it sent us to hell. And murder would still be wrong even if it were good karma, and sent you straight to heaven.

Buddhist philosophers mostly say that what matters is intention, not consequences. Killing is not inherently wrong; what is wrong is the intention to harm. So, some Buddhist philosophers say that killing people is a good thing in some circumstances. Using violence to defend others—like the narrator’s father in The Vetali’s Gift—might be justified. It might be ethical for a Buddhist to be a soldier. This is highly controversial, however.

Shantarakshita—one of the greatest Buddhist philosophers, a founder of Tibetan Buddhism, and one of the main characters in my Buddhist vampire romance—drew on Tantric scripture to argue that bodhisattvas (ideal Buddhists) must transcend rules of conventional morality (such as the Precept against killing) when motivated by compassion. Shantarakshita was the Chancellor of Nalanda University at the time of the telling of The Vetali’s Gift, when values of Buddhist Tantra were first entering the Buddhist mainstream.

Many Tantric Buddhists take a vow to kill people when necessary. This vow is explicitly incompatible with the Precept against killing. If it means going to hell… so be it. If it means being seen as a monster… so be it.

So when is killing “necessary”? The vow does not say. Some traditions may give specific guidelines, but ultimately what matters is compassion: the intention to prevent a greater harm.

This means that what Tantrikas vow, really, is not to wriggle out of hard ethical decisions. It is the vow to be an “ethically normal person,” rather than hiding behind religion. The Precept of never killing is the easy way out. It lets you wash your hands in a crisis and say “I am a Buddhist—so someone else is going to have to deal with the political extremist shooting up the school with a submachine gun. I am too morally pure to take his life.” That is cowardly and unhelpful.

The tantric vow, because it is vague, can be abused. It gives religious cover for atrocities. Sometimes, powerful Buddhist zealots have declared “Yes, I am very compassionately slaughtering thousands of heretics, to prevent the greater harm of their teaching a mistaken version of Buddhism. That is my sacred tantric duty.” This distortion makes it tempting to condemn the vow. It is dangerous. But life just is dangerous. The vow only applies in dangerous situations; and the pacifist alternative is dangerous too.

If a Tantrika is to kill, how is that best done? Submachine guns are nifty, but Tantra is largely concerned with magical transformations. Its scriptures contain extensive recipes for using magic to injure, sicken, enslave, or kill people. These were weapons of mass destruction. Some Western historians believe that royal funding for military magic was a main reason tantric Buddhism got started. I found these scriptures, and this history, horrifying when I first read about them.

I take it as given that lethal magic does not work. Those rituals are, in one way, nonsense. But people in India at the time certainly believed in them. The ethical issues these scriptures pose are the same whether magic works or not.

The Vetali’s Gift is, in part, my way of dealing with my horror at discovering that my religion—Vajrayana Buddhism—is partly based in destructive magic. Tantra is sometimes described as the path of transforming poison into medicine. I am trying to find a way to make those scriptures make ethical sense, in a way that might be useful for us in an entirely different world.

On the whole, I think that, if it is necessary to kill someone, one should use whatever method is most expedient. If lethal magic were the only tool available to stop the next Hitler,2 we should use it. On the other hand, it is difficult to know what indirect consequences an act will have. Using repugnant means, even when there is no alternative, may make their future use more likely in less dire circumstances.

One dimension of the novel is an exploration of the question of when would it be ethically justifiable to use destructive magic. This might seem a frivolous question. But it is closely related to questions about when it is right to use violence in general—and repugnant forms of violence in particular. In an age of robot soldiers, neutron bombs, and bioweapons, these are immediate ethical questions.