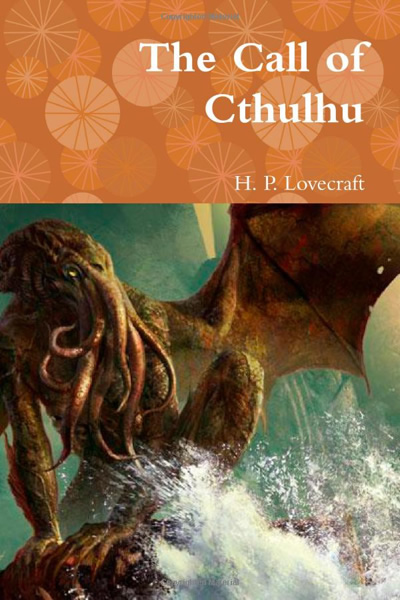 Content advisory: This is about the ultimate meaninglessness of all things; about comic monsters from outer space; about serious-sounding philosophers (who may actually be comic and/or from outer space); and about Anita Blake: Vampire Hunter.

If you read it through, you may understand why nihilism has become silly—which could improve your attitude to life considerably.

Alternatively, you may be driven to madness, and spend your remaining days in a straightjacket, gibbering Ia! Ia! Cthulhu fthagn!

I was obsessed with the science-horror fiction of H.P. Lovecraft as a kid. I had no idea why.

Undoubtedly, it was bad. Utter trash. It was a guilty obsession.

Lovecraft wrote mostly about gigantic monsters from outer space—a perfectly respectable subject for science fiction. But his language was peculiarly stilted; he seemed to be incapable of writing a coherent description. Worse, his plots made no sense. Nothing much ever happens. He somehow failed to understand that in a proper plot arc, the hero vanquishes the monster, against terrible odds. In a Lovecraft story, the protagonist never even gets around to facing the enemy.

Yet I found Lovecraft’s work weirdly compelling. It seemed to tell me something important about Life, The Universe, and Everything. But what?

It pleased me when, in the 1990s, Important Intellectuals dramatically improved his reputation.1 He was revealed as an unrecognized genius, far ahead of his time; a major philosopher disguised as a writer of pulp fiction.

Lovecraft’s philosophy of “cosmicism” took nihilism further, perhaps, than anyone else ever has:

The universe is only a furtive arrangement of elementary particles… The human race will disappear. Other races will appear and disappear in turn. The sky will become icy and void, pierced by the feeble light of half-dead stars. Which will also disappear. Everything will disappear. And what human beings do is just as free of sense as the free motion of elementary particles. Good, evil, morality, feelings? Pure ‘Victorian fictions.’ Only egotism exists.

Nihilism—based on the recognition that everything is ultimately meaningless—was the major philosophical issue of the 20th century. That was predicted by Nietzsche (a major influence on Lovecraft) in the 1880s. Nihilism was not then yet a problem. It was the incomprehensibly vast, meaningless horror of the First World War that made nihilism the central problem of meaningness. 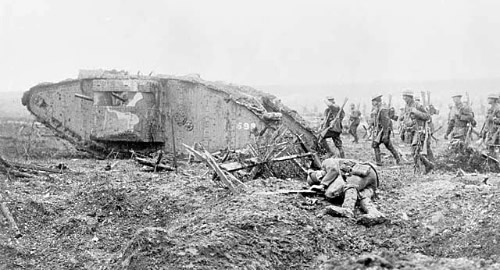 Heidegger was perhaps the most important academic philosopher of the century. He was the first to grapple seriously with nihilism’s implications. If everything is meaningless, how are we to live?

Heidegger convinced himself, in his monstrously obscure Being and Time, that he had found a solution—the authentic relationship with death—and had overcome nihilism. He was wrong (as he later recognized).

Still, existentialism was born from his error. That was the most influential philosophy of meaningness from the Second World War into maybe the 1980s. Based on Sartre’s misunderstanding of Heidegger’s mistake, it failed; but at least it tried to address some important questions.

Lovecraft and Heidegger were born within a year of each other. Both began their work as WWI ended, and published their most important work in the late 1920s.2

From the beginning, Lovecraft—unlike Heidegger—understood that overcoming nihilism was impossible. The “bad” features of his writing were actually deliberate techniques for pointing this out, and contribute to his greatness. During the long “nothing happens” plot arc of a Lovecraft story, the protagonist gradually, partially, realizes the indifference of the universe. It ends with his failing to come to grips with the full horror of this knowledge, or being rendered insane by it. Lovecraft’s narrators’ descriptions are disjointed because, ultimately, nothing makes sense.

Lovecraft, writing in the lowest register of pop culture, was decades ahead of academic philosophy. This is common. Philosophy’s conceit is to lead culture. Often, instead, its function to articulate what everyone already, implicitly, lives.

On and off, I have been working on this essay for many years. I am able, finally, to finish it after reading Graham Harman’s new Weird Realism: Lovecraft and Philosophy.3 Performing eldritch deconstructive rituals, Harman comes to conclusions that are unspeakably obtuse, but behave as if they were acute.4

Harman is a member of the movement called “Speculative Realism,” which aims to rescue Continental philosophy from the loathesome legacy of German Idealism.5 I find it a jumble of weird wisdom and astounding confusion.

His book on Lovecraft is mainly excellent. It features acute insights, both literary and philosophical. Yet, obtusely, it passes over the most obvious fact about Lovecraft’s work: nowadays, it is not scary, and therefore is deeply silly.

Understanding why it is not scary leads to the most important philosophical lesson one could draw from Lovecraft: that nihilism is now also deeply silly.

You can find on the web a profusion of Lovecraft parody and in-jokes. It is a considerable cottage industry. For example, I adore the cuddly Cthulhu 6 plush toy my girlfriend got me for Christmas last year. 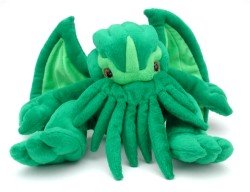 Lovecraft parody is not mean-spirited. It is not directed at his badness; that would make no sense. The pulp zines that published him were full of even worse sludge, now mercifully forgotten. No other fiction, however bad, inspires such reverent ridicule.7

Lovecraft parody, is, instead, an affectionate celebration of his endearing idiocy. It is precisely the quality that made him great in the 1920s—his insight into nihilism—that makes him not bad, but absurd, in the 21st century.

What makes Lovecraft funny is his overwrought aghastness at cosmic meaninglessness. 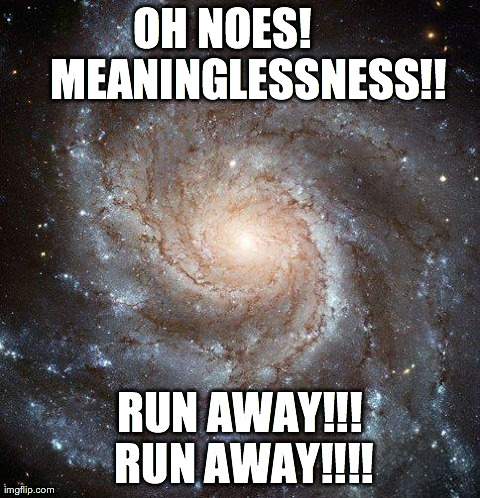 For most of the 20th century, culture failed to come to grips with meaninglessness. It was credible that nihilism was the cause of the World Wars, or was at least proven by them.

Every American twelve-year-old now knows that nothing is ultimately meaningful, and that the universe doesn’t care about us—even if her parents pretend to believe that “everything happens according to God’s will.” This knowledge has been thoroughly assimilated into popular culture. It is part of the taken-for-granted background of our lives.

Every twelve-year-old also understands that this is not a problem. Cosmic meaninglessness is horrifying only if you were expecting cosmic meaningfulness.

Nihilism is an intelligent reaction to eternalism—the idea that everything has a permanent, true meaning, given by some sort of Cosmic Plan. That’s codswallop.

However, nihilism shares the implicit assumption that the only real meanings are those that are rooted in an eternal ordering principle. Nihilism observes, accurately, that reality has no such principle. But then it concludes, idiotically, that there is no meaning at all.

Cosmic horror fiction is now an unworkable genre, because we understand (implicitly at least) that meaning is a practical, relative problem—not a cosmic, ultimate one.

Lovecraft’s wildly exaggerated horror at meaninglessness helps show that it’s not something we need to fear. We cannot overcome nihilism (by finding or creating ultimate meaning), but we have dissolved it (by realizing that we never needed ultimacy). And that is a relief.

Harman’s overlooking of Lovecraft’s absurdity seems to be an actual failure. It is tempting to imagine it’s an elaborate, deadpan, postmodern joke. Perhaps soon he will say “Haha! You took me seriously, as actually advocating nihilism! You are all idiots”?

Analyzing Lovecraft’s mention of “an expression never seen in a woodchuck before,” Harman observes that:

the notion that variations in woodchuck facial expressions might serve as a gateway to horror seems to be a deliberate comical absurdity on Lovecraft’s part.

Could it be that the notion that pulp monster fiction might serve as a gateway to cutting-edge 21st century metaphysics is a deliberate comical absurdity on Harman’s part? He quotes Houellebecq’s earlier work8 on Lovecraft and nihilism:

Often when reading [Lovecraft’s] stories, one wonders why the protagonists are taking so long to understand the nature of the horror menacing them. They appear, frankly, obtuse.

Does Harman’s apparent obtuseness deliberately mimic that of Lovecraft’s narrators? A reviewer writes,

Lovecraftian comedy comes through in the general tendency of Lovecraft’s main characters to be pedantic, reassured in their own rational explanations of the world, and generally far more clueless than the reader when it comes to the events going on around them.9

The reviewer takes Harman seriously; but perhaps he has been taken in by Harman adopting Lovecraft’s technique? Harman seems to be aware that he might be read this way. In an earlier essay on Lovecraft, he felt obliged to disclaim the possibility: “This… is not meant as a prank.”10

My impression is that Harman is serious. He is a genuine nihilist, and honestly believes that cosmic meaninglessness is something we ought to be upset about.11

His fellow Speculative Realist Ray Brassier12 was also inspired by Lovecraft. Brassier recently wrote Nihil Unbound, whose thrust is that no one before him had the courage to face up to the appalling fact of meaninglessness. No one in history had been nihilistic enough.

Here again academic philosophy trails popular culture by a generation. The Speculative Realists are like Japanese soldiers hiding in caves on a Pacific island, not realizing their war ended decades ago, and it is safe to come out in the sunlight.

As our culture’s relationship with meaning changes, horror changes. In forthcoming essays, I will trace the evolution of horror fiction through the past few decades. This history reflects a gradually increasing awareness that meaninglessness is funny and enjoyable, as well as horrifying.

If Lovecraft can be made into a profound philosopher of his time, retrospectively, how about Laurel K. Hamilton? Her Anita Blake: Vampire Hunter series is extraordinarily bad. Utter trash.

I had a guilty obsession with those books a decade ago. They were weirdly compelling. They seemed to tell me something important about Life, The Universe, and Everything. But what?

Reading Harman helped me understand how, just as Lovecraft captured the nihilist Zeitgeist of the 1920s, Hamilton did the same for the 1990s. Stay tuned.