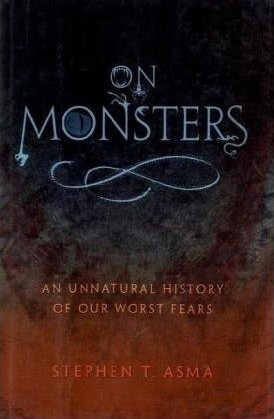 After I had been working on Buddhism for Vampires for several months, I discovered that a Buddhist academic philosopher, Stephen T. Asma, had just released a book On Monsters for a popular audience. That was a pleasant surprise.

The book is a good read; well-written, entertaining, full of odd interesting facts, and in places insightful. My essay “We are all monsters” borrowed from it. The list of characteristics of monsters, in particular, drew heavily on Asma’s analysis.

Maybe I should come out of the closet right now and say that Buddhism for Vampires is not only stealth dharma, it is also stealth philosophy. Herein will be found pages that are really about ontology and epistemology, cleverly (I hope) disguised as rousing tales of carnage, valor, and passion.

It was quite an odd coincidence to find that Asma had published something rather akin, two months after I had started work on my project.

Monsters are the Zeitgeister. The time for monstrous philosophy and monstrous religion has arrived.